You are here: Home / All posts / 5 Key Signs Of An Unhealthy Leaky Gut & What To Do About It

Last month we did a series of blog posts about skin health (you can read them here), and today we’re jumping right below the surface.

In fact, we’re heading deep into our belly to explore the multi-faceted areas of gut health and its role in health and wellbeing. Gut health is a fascinating topic and plays a huge part in our health and wellbeing. Some people even refer to gut as ‘our second brain,’ the 9-metre long enteric nervous system, embedded in the walls of the gut.

It’s a host to approximately 100 trillion bacteria and other microbes, known as our microbiome.  These microbes are there to break down food, fight infection, and boost the immune system.

It’s no surprise that when those microbes aren’t present, we face dysfunction. While a core community of microbes are common to most healthy individuals, 2/3 of it depends on genetics, diet, overall health, and location.

In a healthy gut, there will be a balance of good and bad bacteria that ensure the gut lining is healthy and intact. Without that balance, though, we face the problem of leaky gut, which is the focus of today’s article.

Leaky gut sounds pretty unpleasant, and truthfully, it’s exactly what it sounds like. Leaky gut – or increased intestinal permeability – occurs when the intestinal tract lining is damaged in some way.

Due to its damage, which you can think of as causing leaks, it’s more vulnerable to substances that shouldn’t be passing that lining.

The only consumable things that should pass that delicate barrier are nutrients derived from fully digested food – vitamins, minerals, emulsified fats, amino acids, and simple sugars.

When the gut is leaky, we end up taking in undigested food particles, bacteria, and toxins which enter circulation. When that happens, the body starts to fight because that is its natural reaction to inflammation, and this will generally be part of why you react to your leaky gut symptoms, which we’ll get into more of below.

It makes it simpler to understand if we can trace it back to an inflamed gut, though.

To begin with, symptoms can include fatigue, feeling sick after meals, inflammation, digestive issues, migraine, anxiety, and more.

The four main causes of leaky gut can be summed up in poor diet, chronic stress, toxin overload, and bacterial imbalance. Here are some of the key signs that you might have a leaky gut, and how to address those problems from the inside out. 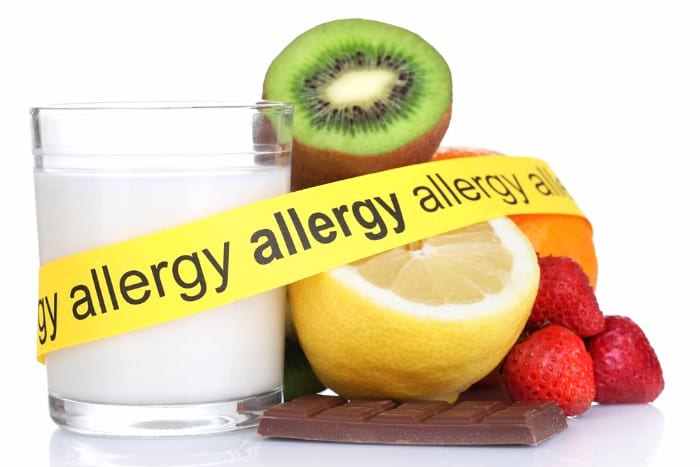 This is perhaps the most vicious cycle of them all when it comes to leaky gut. Food sensitivities are actually the leading cause of symptoms related to damaged gut permeability.

Permeability of the gut has been shown to increase after exposure to allergens, and increased permeability is also a result of food allergies. It’s a never-ending cycle unless you find out what those foods are.

Take into consideration, though, that these are just individuals with strict food allergies. Many otherwise healthy foods could be the cause of leaky gut; it all depends on our body’s reaction to those foods.

There’s not a very simple way to measure reactions to foods besides your own instinct and severity of symptoms, but gut permeability testing can be an effective way of identifying those triggers. You can also identify sensitivities with the Mediator Release Test.

It’s important to note that sensitivities are not allergies. This means the reactions you experience will differ from individual to individual, and can be pretty mild on the surface unlike allergic reactions.

You might experience a migraine after eating wheat while others will primarily feel the negative digestive effects. Sensitivities are also more likely to be had to multiple foods, while most people are only allergic to one or two.

In order to repair the gut lining, an elimination diet must be followed. For allergies, this elimination is permanent. For sensitivities, it’s best to follow a strict plan and reintroduce foods after at least 30 days on a one-by-one basis to see if you have reactions.

Eliminating the food will ideally help you understand its impact better. The autoimmune protocol is a great introduction to elimination diets designed to help you repair leaky gut. 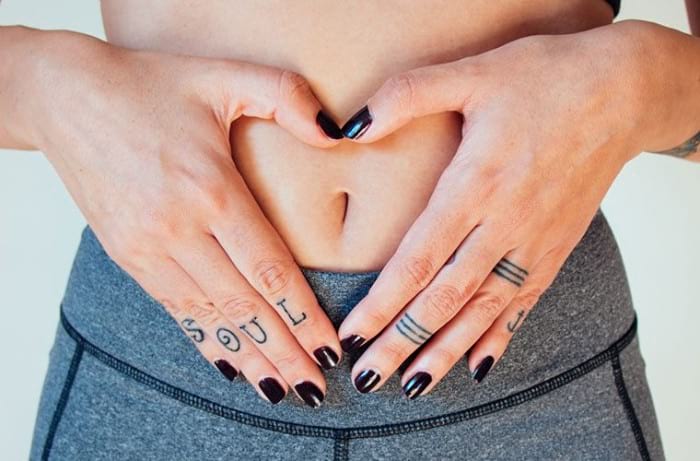 This might be one of the most obvious symptoms to someone who doesn’t otherwise know much about leaky gut. Considering the gut encompasses all of our digestive organs from the esophagus to the anus, naturally, its overall health impacts digestion big time.

Like we mentioned above, those food sensitivities’ main reactive symptom could very clearly be happening in the intestines as a result or as a cause of leaky gut.

Autoimmune conditions and anxiety can also impact digestion and be linked to the gut. Most leaky gut symptoms are connected, and addressing leaky gut as a whole is key.

Those gut microbes? Think of them as the housekeeper to the digestive system. They’re there to regulate, clean, and repair.

The dysfunction often comes down to lack of nutrient absorption and malnutrition (which we talk about below), because of the gut isn’t functioning right, the microbiota isn’t being fed those nutrients as they aren’t properly digesting.

It is during this stage of digestion – or lack thereof – that intolerance forms, because the digestive system doesn’t know what to do with the food. At the end of the day, good digestion is a very strong marker for overall health and wellbeing, so addressing it at the gut is important.

Repairing the gut is top priority, particularly for people with digestive disorders like Crohn’s or IBS. In individuals with Crohn’s disease in remission, supplementing with zinc was shown to resolve alterations in permeability which could reduce the risk of relapse. (2)

Another solution that could help many individuals with digestion is digestive enzyme therapy. Enzyme supplementation may improve conditions in people with malabsorption disorders (8). 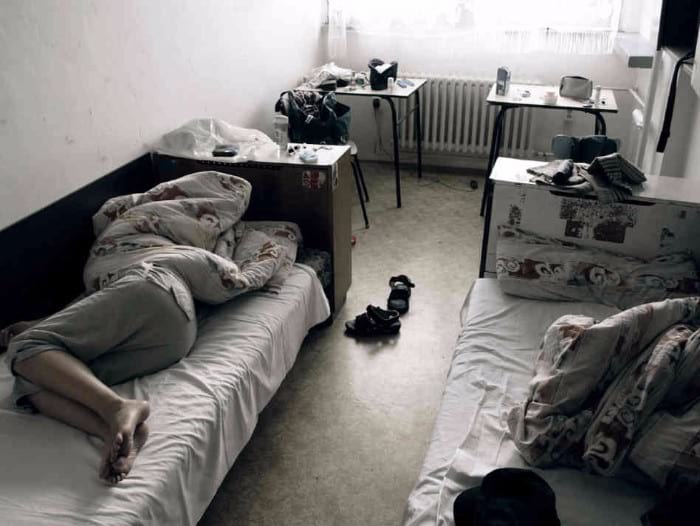 Depression is invasive, it doesn’t discriminate, and it’s often tough to figure out why it happens. Recent evidence has linked MDD or major depressive disorder to the inflammatory response system, which helps us trace symptoms to the gut.

We also know that pro-inflammatory cytokines and lipopolysacharides may actually cause depressive symptoms (4).

It’s also helpful to view major depressive disorder as an inflammatory response which helps us to better trace it.

The possibility is out there that prebiotic (a form of gut-healthy resistant starch) and probiotic foods can influence mental health (5), so we see a can assume that probiotic treatment and replacing bad bacteria in the gut with good bacteria could eventually lead to better moods and stabilization over time.

Specifically, Bifidobacterium (a strain of bacteria you will find in a good probiotic) was more effective than treating depression in mice than Lexapro, a popular anti-depressant (7).

When we look at studies done with germ-free mice, their stress hormone output is higher and the adrenal, pituitary, and thyroid output is very dysfunctional, so there is a very clear link between gut flora and hormone production, which can truly make or break mental health.

These mice also tended to be anti-social and present gastrointestinal issues. Fortunately, there’s no such thing as a 100% germ-free human, but there are people who lack that good bacteria, thus resulting in poor hormone function.

With depression and other mental health disorders, the research isn’t all there yet, but it’s quite promising. Microbial compounds use the vagus nerve to communicate which is connected to both the brain and the intestinal lining, so it’s clear that our gut flora is impacting the chemicals up top (6).

Then, metabolites that are microbally derived interact with the immune system, keeping that communication with the brain open. It makes us hopeful for targeting gut microbiota as a means of preventing and treating common mental health disorders. 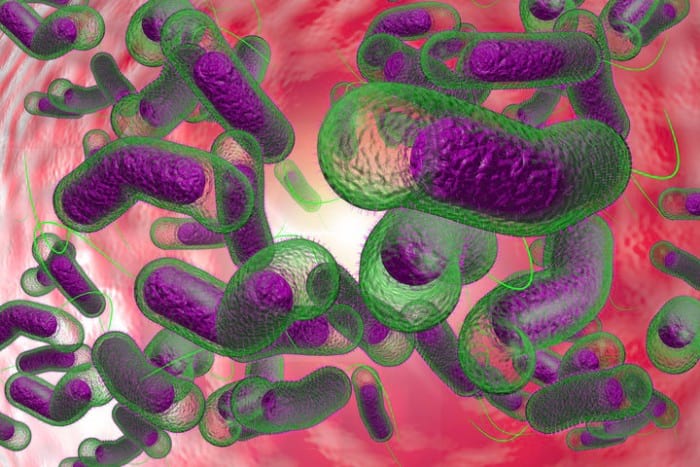 Autoimmune disease is another example of the double-edged sword of leaky gut. Autoimmunity is both a symptom and a cause of poor gut health, making it difficult to work around.

Autoimmune disease can be caused by changes in the gut microbiome. Like I mentioned before, the autoimmune protocol and its gut-healing elimination technique can work very well for individuals who face a lot of food sensitivities as autoimmunity is often the problem.

There are over 80 recognized autoimmune disorders including Crohn’s disease, rheumatoid arthritis, multiple sclerosis, and type I diabetes. We can mostly link them to genetics, environmental factors, and gut dysbiosis (10).

Let’s look at why. First, we can trace autoimmunity back to T cells. Inflammation and autoimmune disease can be caused by defects in the body’s regulatory T cells as this can alter the type of bacteria that resides in the gut (9).

The good news? The most effective way to avoid autoimmune flares in this case is to replace the missing gut bacteria. For example, L. reuteri (a probiotic) and other AZA receptor antagonists may provide therapeutic benefits in T cell-mediated autoimmunity.

Moreover, if gut dysbiosis can be corrected through manipulation of gut commensals on mucosal and systemic immunity, we could see benefits without side effects (11).

This is related to the pathogenesis or the development of a disease, helping us to look at both its root and its progression.

With autoimmune disease, it’s very important to identify triggers. Many people with autoimmune disease experience remission with proper diet and probiotic intake while also avoiding toxins in their environment from smoke, alcohol, pollution, infectious agents, heavy metals, and high stress among other factors.

An elimination diet, control of the environment, and managing stress efficiently can reduce or eliminate symptoms entirely. 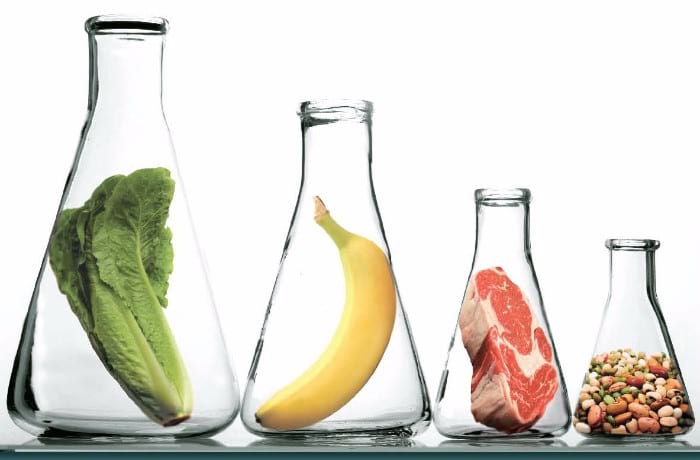 Here’s another symptom that can also be a cause, reinforcing the need for gut healing if it’s damaged. Many people who are eating a healthy, nutrient-dense diet are actually malnourished if they have leaky gut syndrome.

It’s less about the nutrients we take in, and more about how bioavailable they are and how effectively they’re being absorbed during digestion.

If the epithelial cells are damaged – the layer of cells that line both the large and small intestine, we see a decrease in trans-cellular absorption (1). The trans-cellular route is where nutrients are absorbed.

Because the epithelium regenerates every 3-6 days, it has some pretty steep metabolic demands. If those demands aren’t being met with nutrition, the epithelium won’t heal thus feeding into that vicious cycle.

Over time, this type of malnutrition and malabsorption can lead to conditions related to vitamin and mineral deficiencies, worsening leaky gut.

Optimally, we can address this issue by looking at what aids in the wound healing process of intestinal epithelial cells. One of the best ways to do so is with a daily dose of quality probiotics which will help maintain gut homeostasis and protect the epithelial cells from injury (3).

It’s also important to continue eating a nutrient-rich diet, consider eliminations, cut back on sugar and starch, and include fermented foods with gut-friendly bacteria like kimchi, beet kvass, and sauerkraut for healing.

The gut is absolutely fascinating, and we’re so excited to see more and more research make its way to the surface with even more discoveries regarding how we can better identify leaky gut and how we can fix it.

For now, we have loads of information to work with, and we hope you learnt a bit more today.

6. Schmidt, Charles. “Mental Health May Depend on Creatures in the Gut.” Scientific American, 1 Mar. 2015, www.scientificamerican.com/article/mental-health-may-depend-on-creatures-in-the-gut/.