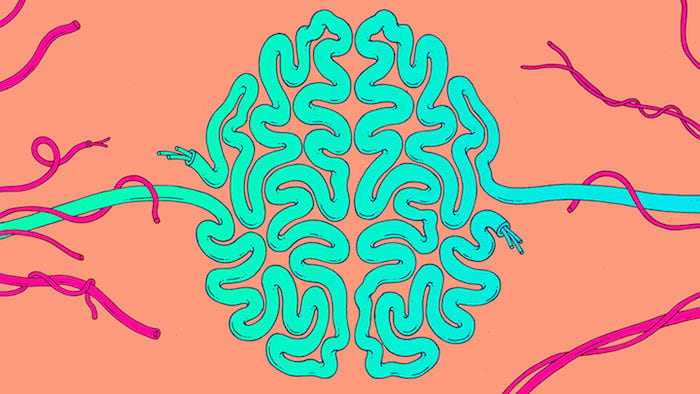 I think we can all agree that when we're not on top of our game, the most obvious side effects are felt in the brain.

You know what I'm talking about - mind fog, fuzzy thoughts, a lack of focus and clarity, not being able to easily recall information, and struggling with memory.

That fog can be really tough to lift.

It makes it difficult enough to get through the day-to-day stuff, let alone put your mind to something challenging, tough, and rewarding.

Even with good sleep and diet, we can face unexpected bouts where we struggle with these things, and our minds need a little TLC.

It doesn't take much. A good supplementation routine can improve cognitive abilities, make focusing easier, and prevent brain problems in the future.

From nootropics to some ingredients you may very well have handy in your kitchen, here are some of our favorite natural brain boosters. 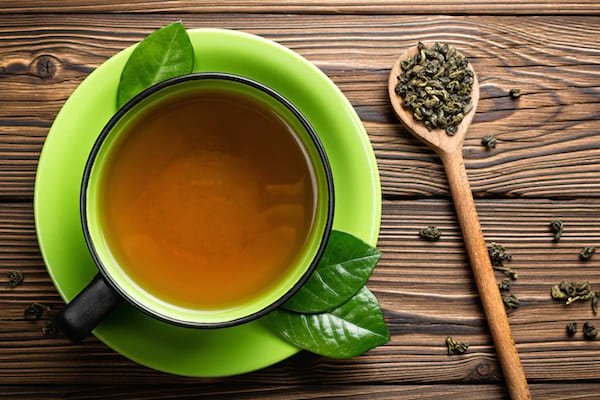 L-theanine is found in green tea. It's an amino acid that really sets green tea's energizing effects apart from coffee.

This is because it's actually calming and relaxing, leaving you feeling alert and focused without the jitters that come with coffee (although it is on our list today!).

It essentially works by inhibiting overactivity in the brain, and by stimulating GABA - another inhibitory and calming neurotransmitter.

This makes it a natural remedy for stress and anxiety, and if you've felt either of the two (especially both at once!), you know just how much they can fog up your head, and make your thinking less clear.

L-theanine may also be a neuroprotective agent.

There is promising evidence that it could be effective in the prevention of brain cell damage due to biochemical and structural damage that may lead to neurodegenerative disease.

Consider swapping your coffee for green tea or picking up an L-theanine supplement. It can also be good for winding down before bed. Siberian ginseng is often considered an adaptogen, which is simply a compound that increases the body's ability to tolerate stress, increasing our threshold and reducing our negative reaction to it - physically and emotionally.

We understand stress as a threat to optimal cognitive functioning, so it's no surprise that a relative with a different chemical makeup - American ginseng - makes the list today.

Ginseng root can easily be brewed into tea.

Always make sure to seek out quality ginseng. It can be a rather expensive ingredient to purchase, but it's not always worth it to seek bargains in this case. Fish oil is often recommended for a wide range of reasons for improving health, and there's a lot of convincing evidence as to why that is.

It's easy to obtain, and it certainly won't hurt getting more omega-3 fatty acids into your diet.

Deficiency of omega-3s is linked to mental health issues and even increased risk of depression, and with that, we can assume that having enough of the good stuff can potentially help the brain.

Evidence is most promising in regards to managing symptoms of depression and potentially preventing psychotic disorders.

While there generally is no "cure" for mental illness, it's certainly worth experimenting with a harmless and side-effect-free method of clearing up the brain.

Depression can make it impossible to focus - especially on anything positive.

Of course, eating your fish 3-4 times per week is the best natural source of fish oil, and it will be even more highly beneficial to the body. Acetyl-L-Carnitine or ALCAR is an acetylated version of Carnitine. Carnitine is often used for athletic performance, but ALCAR definitely has more mental components than its relative.

Acetylcholine is a primary neurotransmitter associated with learning, computation, memory, analysis, and perception. Basically, it's key to unlocking our best brains.

Studies have shown it to be effective in increasing acquisition and retention rates, reduction in Alzheimer's-related cognitive decline, and beneficial for enhancing spatial and temporal memory.

Finally, it may reduce oxidative damage in the hippocampus - our brain's memory center. It has also been used as a treatment for alcoholism-related cognitive issues.

Also called maidenhair, Ginkgo Biloba has been used in China for thousands of years. It may be one of the oldest tree species on Earth!

The Chinese tend to know what they're talking about with old medicine; ginkgo is anti-inflammatory, antioxidant, and may have some seriously impressive brain-boosting effects too.

For one, two of its main constituents - flavonoids and terpenoid - are powerful antioxidants that are thought to slow down the aging process including development of age-related disease.

This is because antioxidants help reduce the impact of oxidative stress.

There are no known negative side effects, and this little plant is a true powerhouse of brainy benefits. You might be more familiar with curcumin as the active constituent in one of our all-time favorite spices - turmeric!

We know that turmeric is antiviral, antibacterial, anti-inflammatory, and provides therapeutic treatment for depression.

It also improves the nervous system and has the ability to slow down inflammation-related aging processes and diseases.

It’s been shown to reverse and protect hippocampal neuron damage in response to stress and act as an enzyme that modulates the release of serotonin and dopamine – those “good mood” chemicals that are underproduced in the depressed brain, helping to boost cognition.

Oh, and due to its anti-inflammatory and antioxidant abilities, curcumin has promise as an outstanding neuroprotective agent. Now, I didn't mean to knock on caffeine earlier. In fact, it is good for boosting the brain, and you're probably no stranger to its positive effects.

A lot of people truly rely on their morning cuppa to get them going, and their brains suffer without it.

For some, this may simply be due to the fact that caffeine is addictive, and many of us have a dependence on it. For others, it's a treat on a day when the brain can use it. Either way, it's all about striking a balance. Ashwagandha is another powerful adaptogen. Considering its long list of benefits, it's not surprising that it's a great supplement for longevity.

Not only is it good for preventing diabetes, treating chronic pain, and killing cancer cells, but it’s potentially useful in warding off degenerative diseases Alzheimer’s, and preventing trauma after head injury - pretty powerful stuff.

Taking ashwagandha has also proven to be effective in improving memory, sustaining attention, executive functioning, and speeding up information-processing.

Lastly, since it naturally improves stress tolerance, we can expect to see less of a negative impact of stress on our thinking, hopefully helping to clear up judgment, positive thinking, and mental health.

These are just some of the natural boosters that can improve your cognitive function. It goes without saying that good sleep, diet and regular exercise  will have a huge impact on your brain, so make sure to dial those in before you start getting into supplementation and natural remedies.