The Real Problem With Too Much Protein

Let’s talk about protein. It’s the macronutrient that can do no harm; it is touted as king in the world of fitness, and the paleo diet in particular focuses on protein at every meal.

In fact, that’s one of the nutritional cornerstones of the 9-week Happy Body Formula program. We are big on protein for a few reasons: These are just a few major keys regarding why we need protein. The major takeaway is that quality over quantity matters.

This is true of all macronutrients – protein, fat and carbohydrates – but is especially important when it comes to the sources of protein we’re consuming for optimal functioning.

Statistically speaking, nearly 700 million people are protein deficient worldwide. At first glance, overconsumption of protein doesn’t seem like a problem, but the types of food we’re reaching for to get it aren’t doing us any favours, and that’s the issue that’s become prevalent over time.

What happens to excess protein?

Glucose is what carbs are converted to in our bodies, and what causes an insulin spike. Unlike carbohydrates, though, the body cannot store excess proteins to reach for later.

How much protein do we really need?

Ideally, we should be more focused on whether or not we’re meeting our requirements for amino acids (which is naturally more difficult to gauge).

Our bodies are smarter than we know. If we feed them right, they know precisely what to do with those amino acids, glucose, triglycerides, vitamins, minerals and more. In the big picture, we play a small part in how we operate – how can we do our best?

Here’s an example when it comes to protein: branched-chain amino acids (BCAAs) are the only amino acids that can be used by mitochondria and be turned into energy.

Many diseases – autoimmune diseases in particular – are linked to mitochondrial health. Therefore, if we begin feeding our bodies with a focus on fueling with a proper balance of amino acids rather than a certain number of grams of protein, we can begin to address our health on a cellular level.

However, other amino acids like glycine may actually help lower methionine levels. Glycine is abundant in all those unappealing cuts of meat, cartilage, bones and offal.

Make sure to include slow cooked dishes using cheaper cuts of meat on the bone, some offal and glycine-rich bone broth. 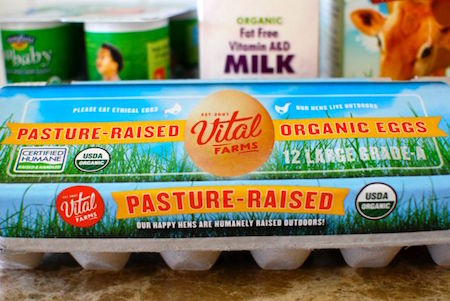 Sourcing good quality protein means that just 50 grams of protein can ensure the body is receiving all the essential amino acids we need. This is good for the body, digestion, and budget. While omega-3s and omega-6s are essential fatty acids, it’s important to realize how much they are dependent on our protein intake. Most animal proteins also contain animal fats, and that’s where these come into play.

Conventional meat, milk and eggs are contaminated with antibiotics and hormones, and grain-fed animals are disproportionately dominant in omega-6 fatty acids.

While our bodies need both omega-3s and omega-6s for optimal functioning, we’re ideally looking for a 1:1 ratio. If most of your protein is coming from conventionally raised animals, then your omega-6s are likely much higher than your omega-3s.

Moreover, refined vegetable oils – often paired with protein – are loaded with omega-6s which exacerbates the issue. Consuming too many omega-6s, especially while lacking in omega-3s, leads to chronic systemic inflammation, which can contribute to the development or progression of certain unwelcome conditions.

The problem with protein powder 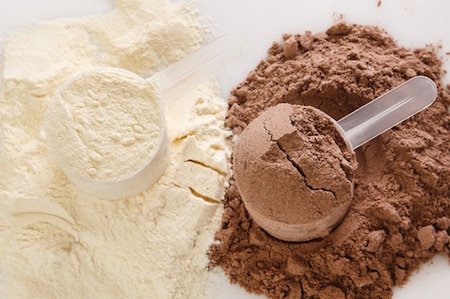 Another reason people are ending up getting way too much protein is the ease of supplementation. From bodybuilders to casual gym-goers, it’s becoming more and more likely that you’ll find a big tub of powdered protein hiding out in someone’s pantry.

While there are sources that reign supreme, there are plenty of health issues that have potential to build up when humans rely on isolated sources or protein: 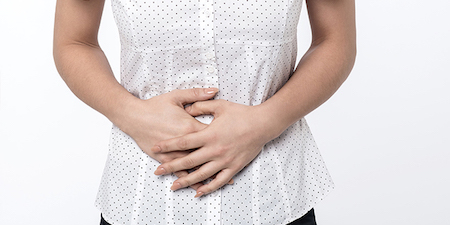 Overconsumption of protein can cause some serious digestive distress, but once again, it mostly lies in the source of the protein being used. Many proteins are very difficult for the body to digest, which is why we generally promote sustainable animal foods to form the bulk of your protein intake.

Proteins derived of glutens, casein (dairy), and meat and eggs cooked at high temperatures sometimes mean that 60% or less of the protein and amino acids are being digested and used efficiently by the body.

To ensure proper and comfortable absorption and digestion, it’s recommended that you avoid using gluten (i.e. vital wheat gluten) as a primary source of protein, consume raw or fermented dairy in which casein is not an issue or avoid it altogether, and use low heat (braising, steaming and slow cooking) to prepare meat and eggs rather than broiling or charring all the time.

Want to learn more about protein? You can read up on sustainable insect protein and the health benefits of consumption, or you can check out our muscle-building nutrition cheat sheet to help you decide which sources of protein are the best for your needs.